Peel and slice vegetables. Peel the one onion, cut into halves and lard with clove. Wash the meat and bones, place with vegetables and onion into a pot, pour 1,5 liters boiling salted water and boil on low heat for 1,5 hours. Peel the potatoes, remove the meat from the pot and cut into portions. Drain the broth, boil potatoes in it. Boil spätzle in an another pot,. Place meat and spätzle in the broth, season with nutmeg. Cut 2 onions into circles and fry in the butter until golden brown. Serve the soup with fried onion and parsley. 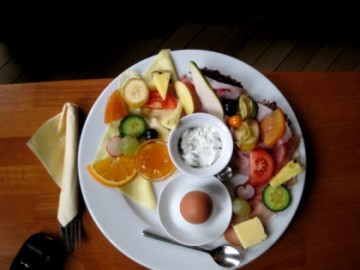 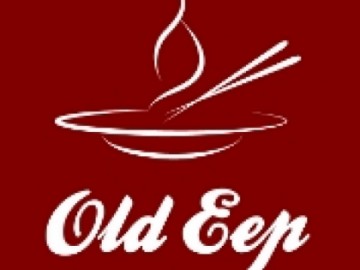 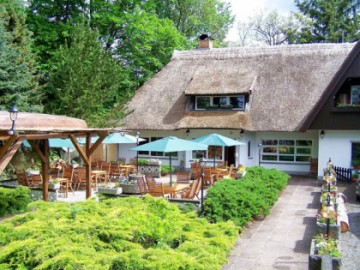 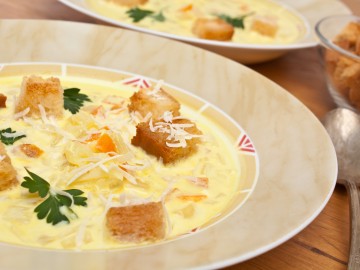 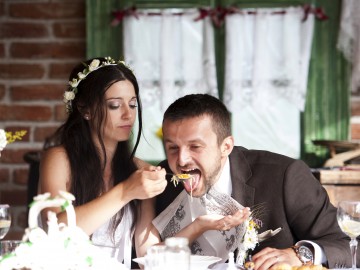 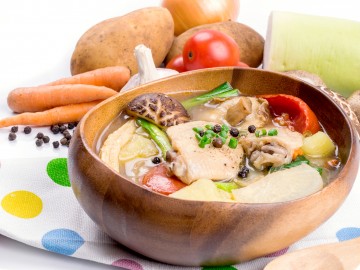 Chicken soup with giblets and noodles 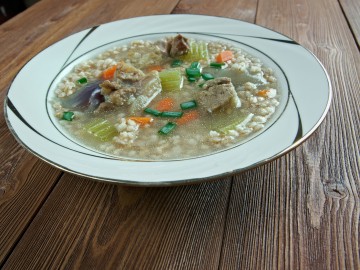 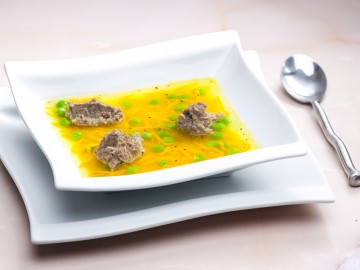