Meat Dishes | Ukrainian
Poltava-style cutlets, along with the chicken Kiev, are the most famous cutlet brand of Ukraine. They originate from the city of Poltava and are very common not only in Ukraine, but also in the western part of Russia. The mincemeat for cutlets is made of beef laced with fresh lard and a lot of garlic. Poltava-style cutlets are similar to beef-steak but differ from it in size (twice smaller) and shape (oval). Poltava-style cutlets are breaded before frying and usually served paired per person.

Wash beef, mince twice, add garlic to taste and onion if desired. Cut fresh lard (cured pork fat) into small cubes (up to 0.5 cm). Mix the chopped beef with lard, salt and pepper to taste. Add cold water for juiciness, stir thoroughly and throw it from hand to hand or from hand to bowl to make it cohesive. You should obtain a dense, uniform meat mass with even lard inclusions. Shape cutlets. To do this, divide the minced meat into 10 parts, of which shape tough balls also by throwing between the palms of hands. Put cutlets into a standard oval-flattened shape with one thin end and coat with breadcrumbs. Heat up a frying pan with a little vegetable oil and fry the cutlets first on one side and then on the other side until golden brown. Frying on each side usually takes 10-12 minutes, but this depends on the selected heating intensity and the size of cutlets. You can check cutlets for readiness by making a deep puncture with a knife tip: the juice flowing from the cutlet should be absolutely transparent, with no signs of blood. It is not recommended to finish cooking the cutlets covering the frying pan with a lid, as the breading will get wet. If you doubt about the readiness of cutlets, you better put them in the oven for a few minutes. If broken in two, the cooked cutlets turn out to be succulent, with well-visible particles of sub-molten lard. Cutlets are served hot, traditionally with fried potatoes. For the cutlets to be even more appetizing, with a juicy crust, it is worth pouring them over with melted butter or fat and meat fluid left in the pan after frying cutlets. 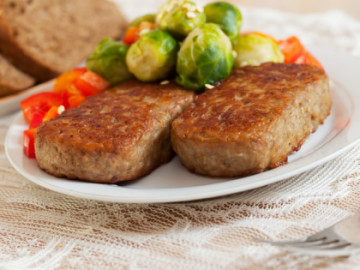 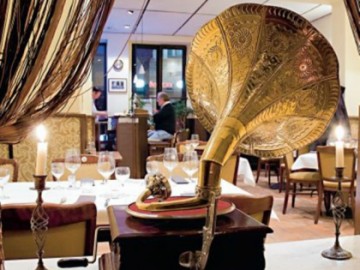 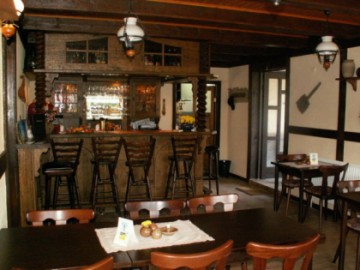 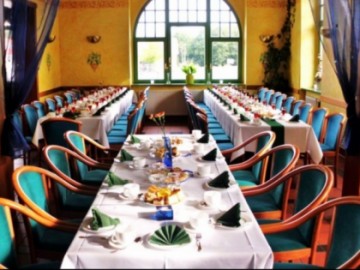 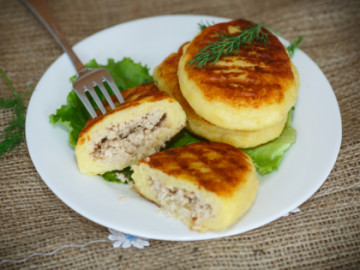 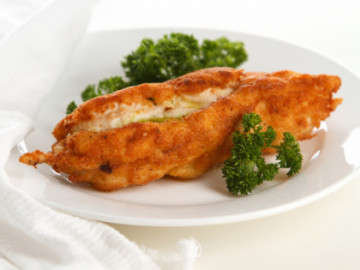