Sweet Pastry | Uzbek, Turkish, Crimean-tatar, Tartarian
Baklava (pakhlava) is a popular sweet dessert pastry made of layers of filo filled with chopped nuts in syrup and wide-spread in the cuisines of the Middle East, Balkans and Mediterranean countries. Muslims traditionally serve baklava during the spring holiday Nowruz. The first mention of the dessert dates back to the 15th century: it was prepared in Istanbul at the court of the Ottoman Sultans in the Topkapi Palace. Fatih Sultan liked the chef’s invention so much that he ordered to perpetuate its recipe. Greeks perfected baklava, having invented the finest filo pastry for it. In Russia, baklava is especially well known in Tatarstan and the Crimea.

Chop walnuts and mix with powdered sugar and cinnamon. Roll out very thin dough on the floured table and cut into layers in size of the baking tray the baklava will be baked in. In the oiled tray, lay two layers of dough on one other, buttering each of them. Apply the stuffing in a thin layer, cover with another layer and put stuffing again. Continue to lay the dough and stuffing in layers until there are no ingredients. The top layer should be made of dough. Brush it with yolk. Preheat the oven to 180 °C. Mark the future cuts on the surface of baklava (it is usually cut into small rhombs after baking) and bake for 40-45 minutes until golden brown. Meanwhile, prepare the pouring. Boil 0.3 cup water, dissolve sugar in it and cook for 5 minutes. Add honey and cook, stirring, for another 8 minutes. Take the baklava out of the oven and allow it to slightly cool. Cut into pieces according to the marked cuts. Pour it over with honey mixture and leave for 7-8 hours at room temperature, so that the baklava is well soaked. 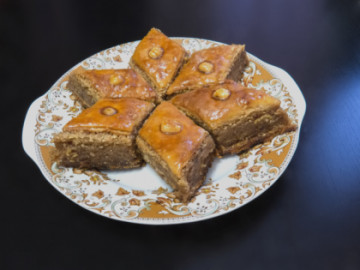 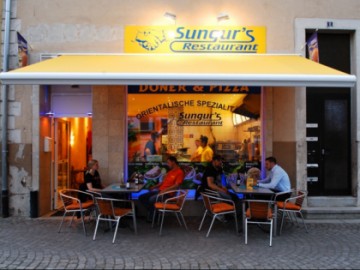 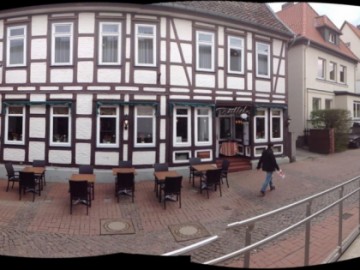 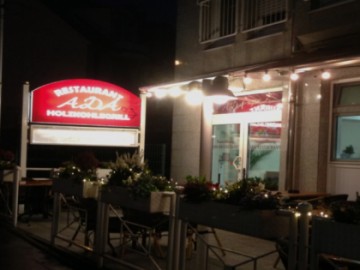